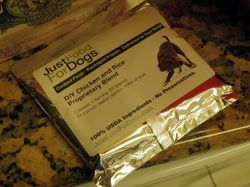 There's a DIY dog food from a company called JustFoodForDogs.com which sells packets of vitamins which can be added to a specific recipe they have created.  The result is intended to be a balanced dog food, with ingredients that can be controlled.  This does sound froo froo, but on the other hand, there are quite a few questions I have about what really goes into dog food.  Heck it is hard to tell what they put in human food anymore, but I don't really want to think about growing my own chickens.

This review is mostly about the making of the food and will be updated later with some info on how my dog does with it.  It won't be scientific since I am going to start off by cutting it in to her regular diet and may eventually go fully DIY.
This food would be much easier to make if they specified ground meats instead of things like chicken thigh parts (with and without skin).  I could have picked up a pack of ground chicken breast, but instead I spent about an hour deboning, and chopping a tray of chicken thighs and veggies.  Since I do not own a food processor it is a bit of a pain to chop this stuff in the volume they specify.  Regardless I got it done, but I think next time I will just buy the ground chicken.

The mix should make about 10lbs of food according to the package, and based on the weights suggested, the ingredients would be about 7lbs 3oz, the rest being water from the rice.  My dog is a fat 65lbs and needed to drop a few, so if I fed her based on 60lbs, she would need 4 2/3-5 cups of food a day (37-40 oz).  At that rate she would get through 10lbs of this in about 4 days, so I'm not really sold on the economics of the vitamin mix packs (though I could have saved a couple bucks using cheaper rice).  They also sell the pre-made food and that goes for about $90 for 25lbs so making it yourself saves 40%.

Making the stuff is also time consuming (took me about 2 hours all told, most of it prep, and cleanup).  Making 10lbs of anything also takes a good deal of equipment.  It took 2 pans, one big pot (for the rice), a couple large  bowls for mixing, a cutting board and some decent knives.  I also used my blender to chop up the cooked mix since it I don't think my dog would stop to chew the pieces (I had to chop it).

Now that's out of the way, you can see it will take some dedication to deal with DIY dog food.  Below are some pics of how it was made: 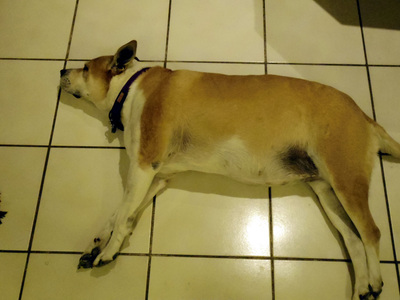 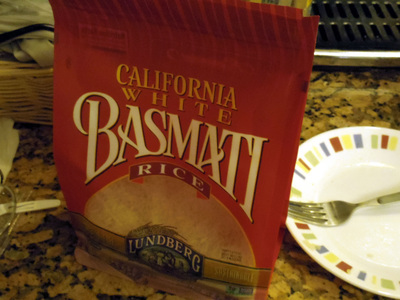 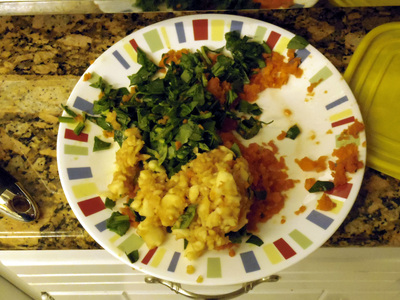 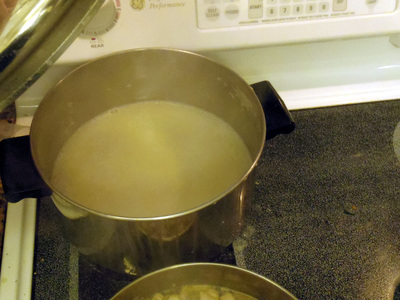 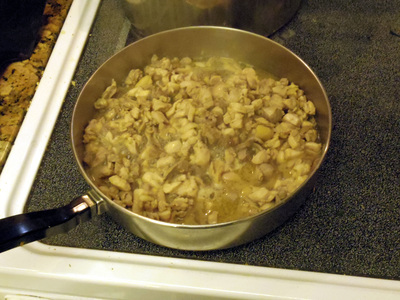 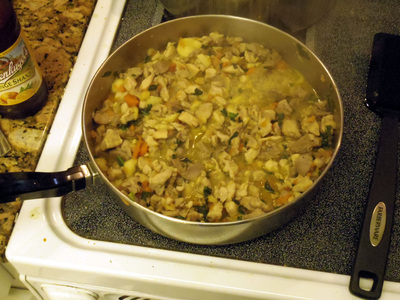 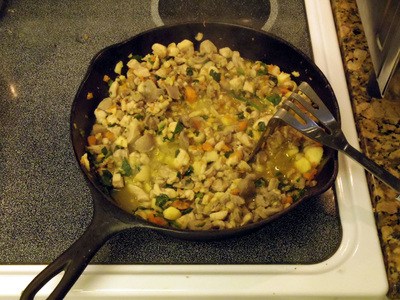 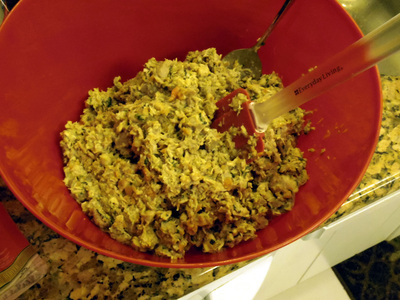 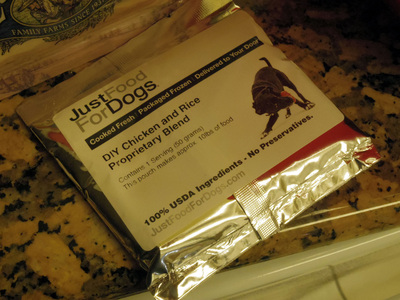 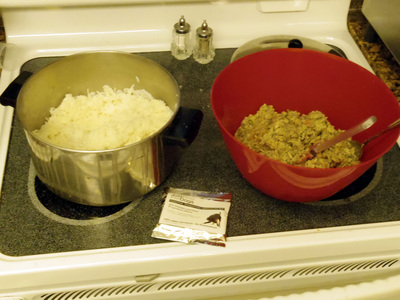 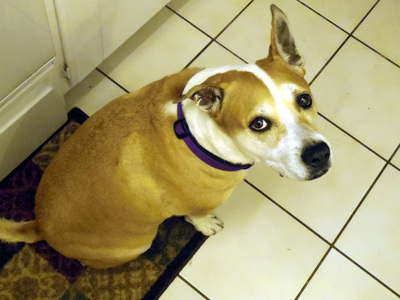 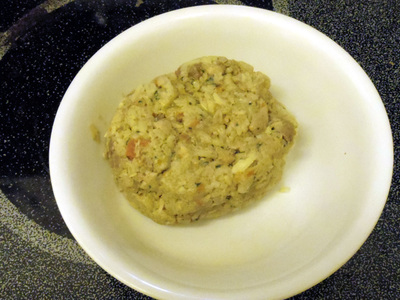 * The food is expensive, about $5 a day, but about 40% cheaper than buying it from JustFoodForDogs.  I'd guess that this is about twice what I spend on her current food (which is a mix of Organic canned and Organic dry food$).  But I feel the DIY food may still have value.  And to fair, the mix packs only contribute about $1.25 per day in my case (60lb dog).  For smaller dogs the economics get better.

* Making it is a chore, no matter what their website says.  It took me over 2 hours including prep, cooking and cleanup.  Prep was more difficult than necessary since they do not specify ground chicken.  I also went an extra step and ran the cooked mix through the blender which added some time, still this is quite a bit of work compared to the old feeding regimen.

* Dog seems to like it, but we are talking about dog food here.

Right now I am not really sold on DIY dog food, despite the benefits.  I am gonna try the beef recipe next (which should be easier since it uses ground beef), and hopefully my opinion will change.  However I still have at least 2 more attempts at the chicken and rice to see if I can improve the time spent on making it (they send 3 packs of the mix for $17.95).  I will update this later in case my dog develops any super powers or I notice any "changes".