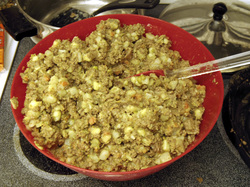 After making the Chicken and Rice DIY Dog Food from JustFoodForDogs.com, I was hoping to save some time with the Beef and Potato version, but unfortunately it still took a bit over 2 hours to make it.  There was a good deal of downtime however while I waited for the ingredients to cool enough to mix them together, if I had a metal mixing bowl it may not have taken as long, maybe 90 minutes.  There is no getting around that cooking takes time whether it be for humans or mans best friend.

That said, I am beginning to feel better about doing all this work, the mutt seems more spritely and I have even noticed that the shakiness that she has had for the past several years (with no real explanation) is not as noticeable - though I won't attribute any health improvement yet to the new food since she has only been half on it for the past week.  I am mixing her old organic dry and wet foods in still, but cutting back on the amounts of them.  It makes economic sense to keep each batch of DIY food going a bit longer.  I can get 9 days or so from the 10lbs of mix if it mix in some of her old food.

Here is the break down of expense for the Beef and Potatoes version of the DIY dog food:


So $34.93 was my cost for 10lbs of dog food which will last roughly 9 to 9.5 days in my case.  This is compared to $21.09 for the same amount of the Chicken and Rice mix.  The economics (compared to the Chicken and Rice mix) are clearly on the side of the Chicken and Rice recipe.  The time to make either the Chicken or the Beef was about 2 hours in each case, but the prep was much easier for the Beef and Potato mix since the meat was ground up already.  I did have to chop up the liver though it was pretty simple since I bought it frozen and it was already sliced 1/4".  It is pricey and while I was making it I thought, "this is just dog food, it seems pretty wasteful since she will pretty much eat anything".

On the other hand, I consider this a bit of an experiment to see if there is any improvement using this diet vs her normal canned/dry diet.  So far it is too early to tell and I am still mixing her old food in, though in smaller amounts each week.  One thing I have not noticed however is that she is not clearing the room with her farts like she has in the past when I made changes to her diet - at least not yet with the Chicken and Rice mix.

Below are some pics of the prep work to make the Beef and Potato mix.  It is pretty simple, just cook the meats and veggies till done and do the same for the potatoes, and then combine with the oil and DIY mix.  Hover over the pics to see captions. 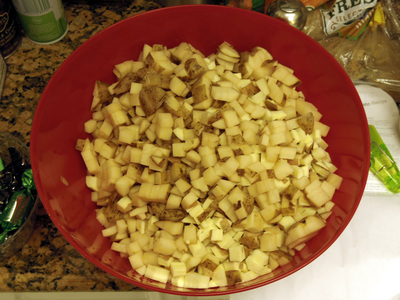 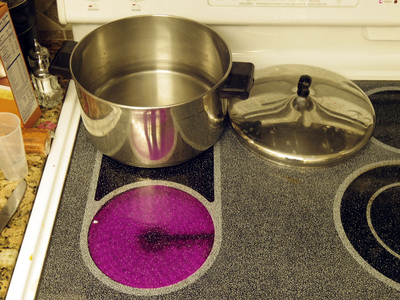 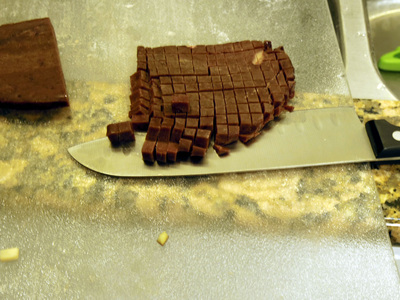 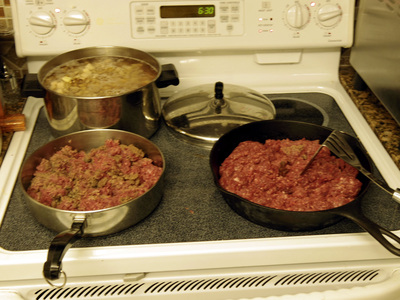 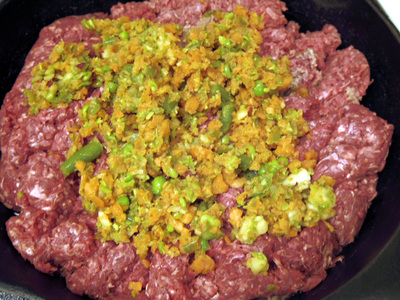 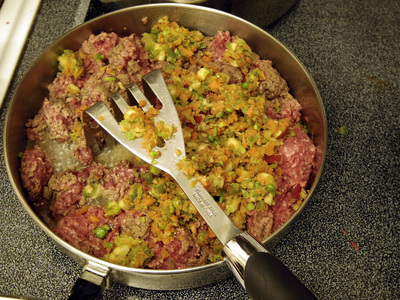 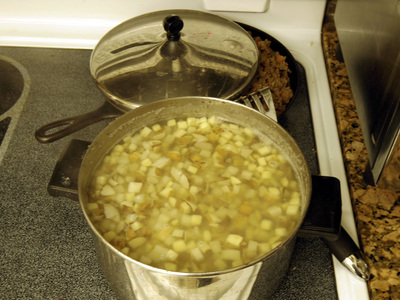 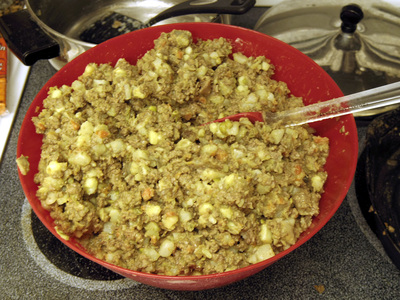 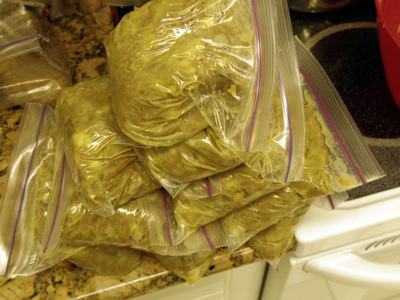 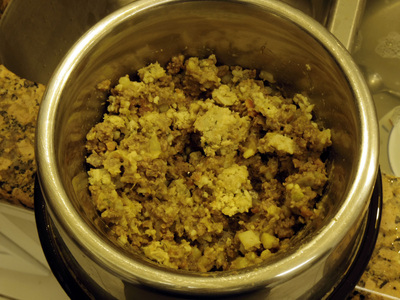